Well another year, but unlike the last two, no Turtle Water trophy for us, as we took runner up. Although we didn’t win the coveted oarsman trophy, we placed in every category, took home some great prizes, and most importantly, had a great time. Thanks to all that made it happen, and congrats to my team, Dan and Sean. Btw, we will be seeking some redemption from Northern Lights/Schiavi Homes next year so be ready boys!

And the results are;

The award for the largest catch went to Pete Smith of Farmington, ME who caught 21 trout. Tied for second place with 13 fish each were Todd Richard and Dan Reader. Third place honors went to Sean Libbey of Deerfield, MA, netting 11 trout.

The Rocky Freda Turtle Water Trophy presented to the oarsman of the team who caught the most fish was awarded to Bob Dionne of Farmington, rowing the Northern Lights/Schiavi Homes drift boat, catching a total of 34 trout.

Maineflyfish.com’s “Chubasaurus” trophy for the largest chub caught went to Michael Jones of Bowdoinham, ME who caught a 17 3/4 inch chub.

Eight teams of two anglers and an oarsman fished the Upper Androscoggin River from Shelburne, NH to Rumford Center, Maine. The anglers were restricted to using only two flies to catch the biggest and the most trout over a nine hour time period from 6 am to 3 pm.

Friday afternoon’s Northeast Drift Boat Championship, testing the rowing skills of the oarsmen, pitted two veteran oarsmen against a neophyte. Winner with a time of 9 minutes 58 seconds was Michael Jones of Bowdoinham. Second Place went to Brian Reader of North Waterboro, ME with a time of 11 minutes 41 seconds and third place to Paul Chaisson of Bethel, ME with a time of 28 minutes 43 seconds. The quarter mile race course from Bethel Outdoor Adventures to Davis Park featured rowing around buoys, an anchor drop and sprint to the finish.

The contest was a fund raising event for the Mollyockett Chapter of Trout Unlimited. Organizers Brad Jerome and Carter Davidson of the Bethel Inn Resort presented a check for $750 to Scott Stone, TU member, at the conclusion of the awards ceremony. 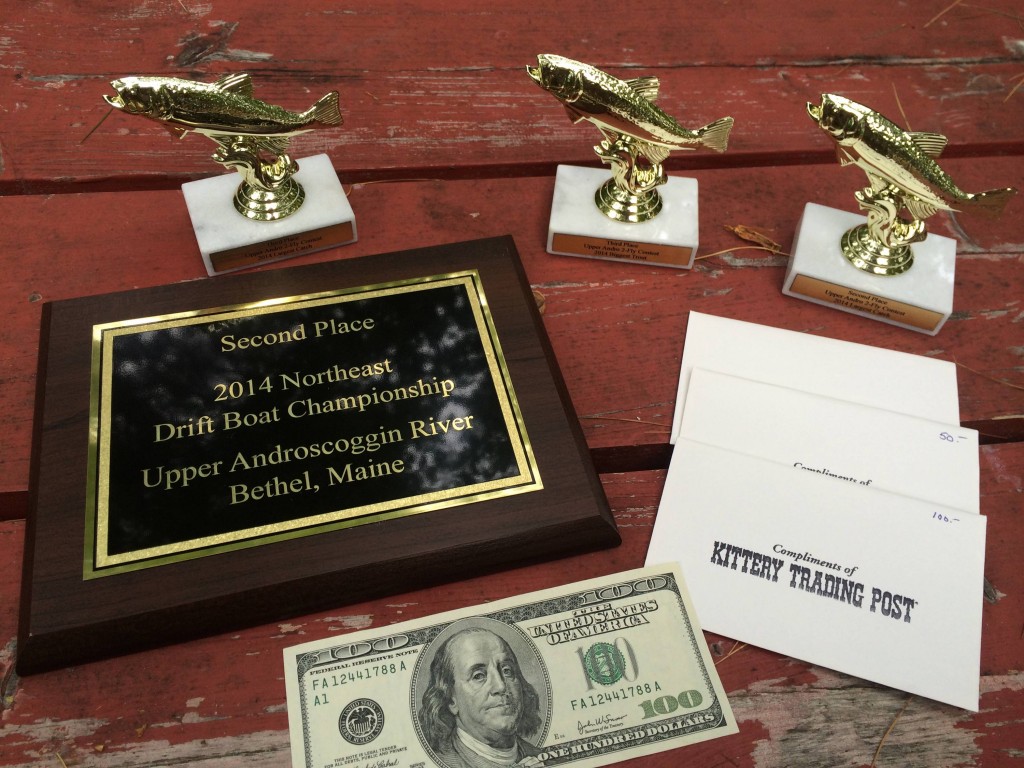