Brian Reader, a forester by trade, has been fly fishing for almost two decades. After High School, he worked on a tuna boat, a dragger, and a lobster boat  before recieving a degree in Forest Technology from the Thompson School of Applied Science at UNH. He has fly fished for steelhead in New York, Atlantic Salmon in Canada, and trout and salmon in Maine, New Hampshire, Massachusetts, and Montana. He has fished from his Aire raft for the last few seasons, and is a Registered Maine Guide. Brian won the Rocky Freda Turtle Water Trophy at the Upper Androscoggin Two Fly Tournament (presented to the oarsman of the team who caught the most fish) in 2012 and 2013, and has had anglers take home individual trophies every year. Other interests include fly tying, and bow and gun hunting for whitetail deer. He currently resides in Waterboro with his wife Nichole, children John and Charise, and their German Shorthaired Pointer, Milo. 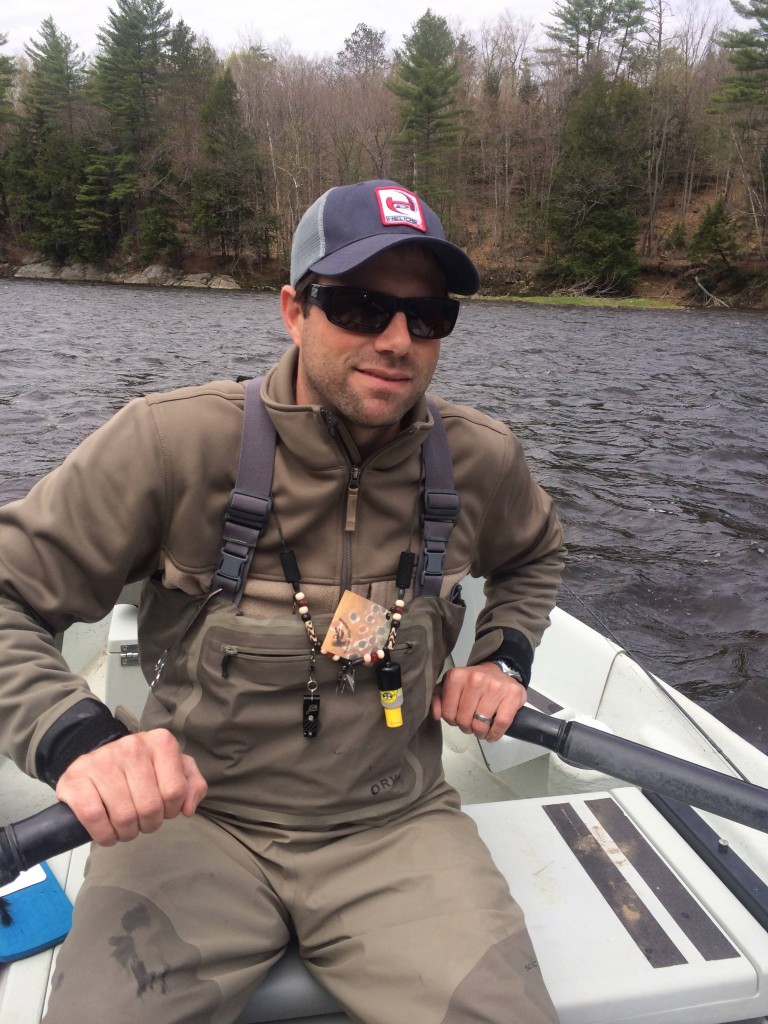