I just returned from an awesome bow hunting/fishing trip in Montana. I was successful on the third evening of the hunt with an 8 point buck.  I played guide the rest of the week, dropping off my buddies, glassing while they hunted (to try to pin point activity), and picking them up, etc.

I managed to squeeze in some fishing on the creek (what we would call a small stream in Maine) during the day. They have been in a drought this summer, and the creek was skinny, probably half the water as last year at this time. I could only fish about 25% of the holes and runs, due to the low water (though saw many fish in less than a foot of water!) This creek averages maybe 6′ in width, with small pools and 180 deg. bends, with most of the fish hanging under log jams, undercut banks, etc. Very visual fishing; I could see most of the fish and approached very cautiously. I had to cast from as far as possible and often, on the hook set, had the fish jump and land on shore! Fishing was tough most of the week, with spooky, picky fish, and the bright, mid-day sun didn’t help. With such low water, it was nearly impossible to give a subtle presentation, luckily I think some of the fish still had terrestrials (hoppers) on the brain. I had limited successes with muddlers and a Turk’s tarantula, mostly fished dry, and I found that either the fish pounded on it or swam for cover. I earned a couple fish, but was a little frustrated.

On Friday, I was able to hook up with Tyler, who recently moved to MT fromMaine(with drift boat in tow), for a float on theYellowstone. We didn’t catch a lot of fish, or any big ones, other than a 20″ whitefish (a trout relative, but more like a bonefish) that slipped out my hands, caught the line on the way down, an buried a #4 streamer hook into my index finger (which Tyler successfully pulled out). fish were fickle, some on streamers, some on nymphs, but there were no rules, just exceptions. We still had a great day floating 8 miles of the longest un-dammed river in theUS. When we got to the pull out, the car I borrowed from the rancher had a dead battery, and we had to hitchhike, but lucked out when we met a lady was turning into her driveway a half mile up the road, who gave us a jump. Always an adventure! 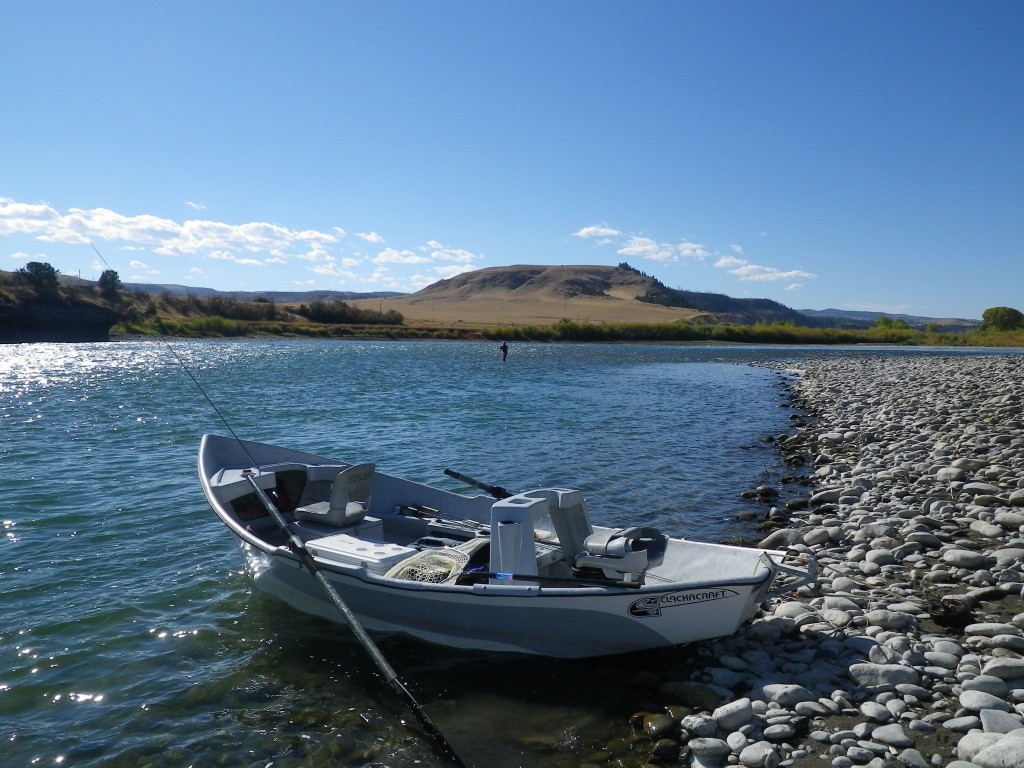 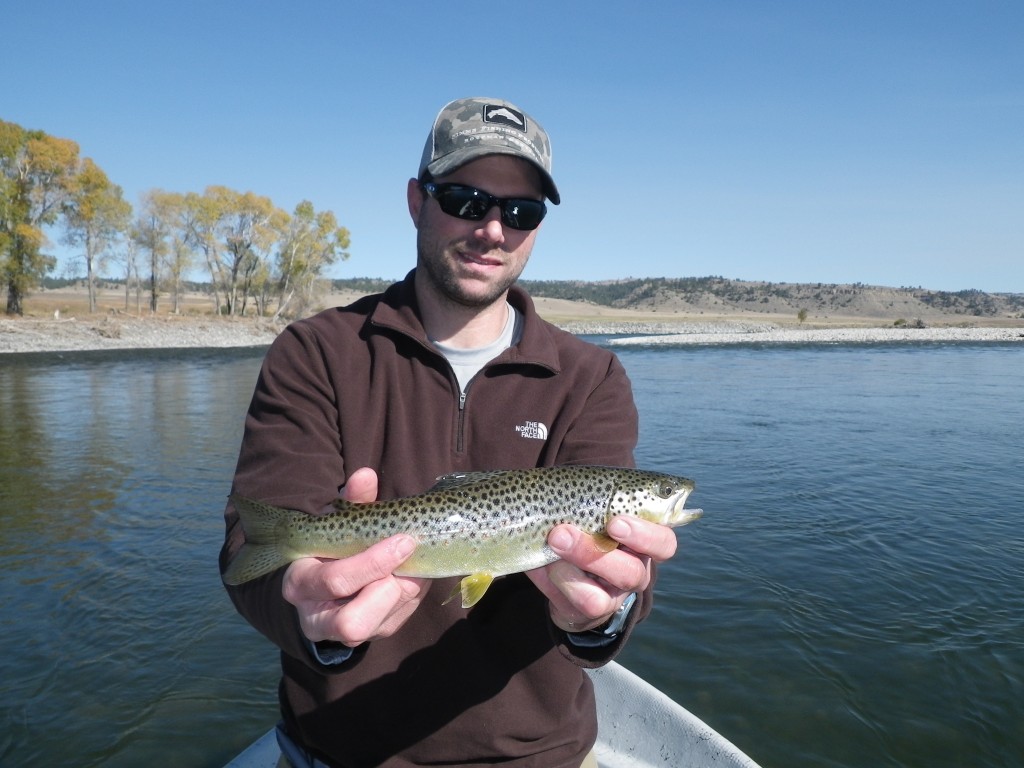 On the last day, I decided to hit the creek hard, and it paid off. I saw nearly every fish nose up to the fly and open its mouth. The biggest were 19″, 18″ and 17.5″. I landed 14 browns and a cutthroat, missed two and had one take me into a tree (after I horsed it out of a brush pile), all on my #8 tarantula. The males had hook jaws and humpbacks. It was better than any day I had on the creek last year, and one of my best days fishing ever. After the last fish, I clipped the fly, stuck it in my hat and reeled in the line; a great way to end the season!

Here is some eye candy: 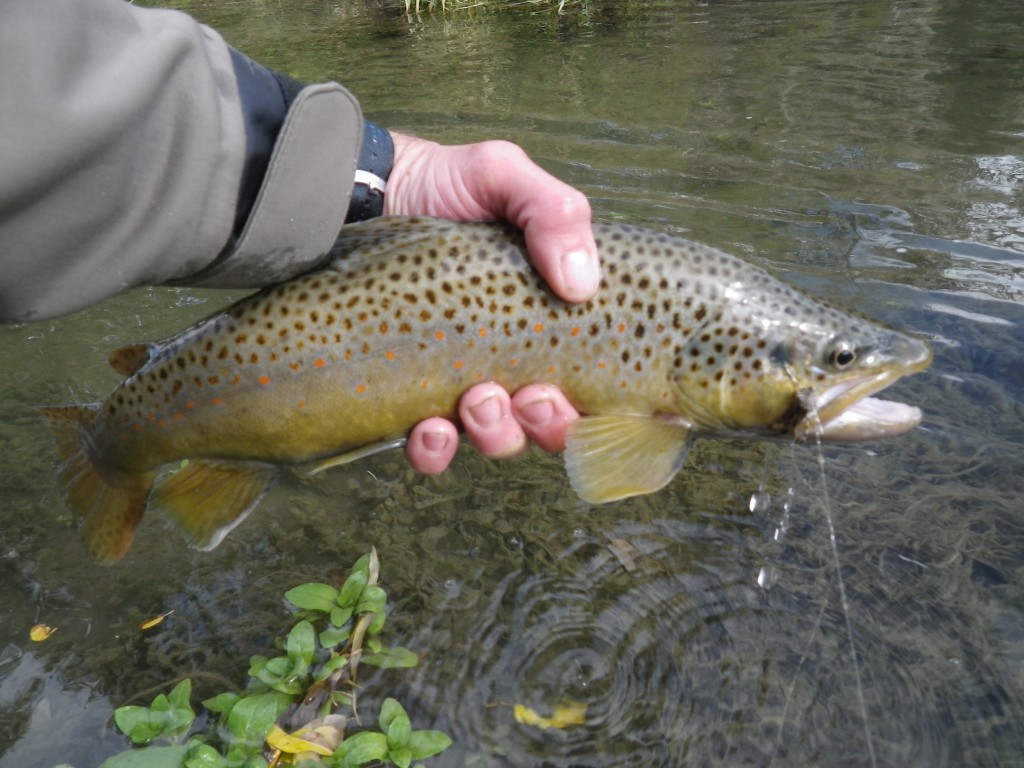 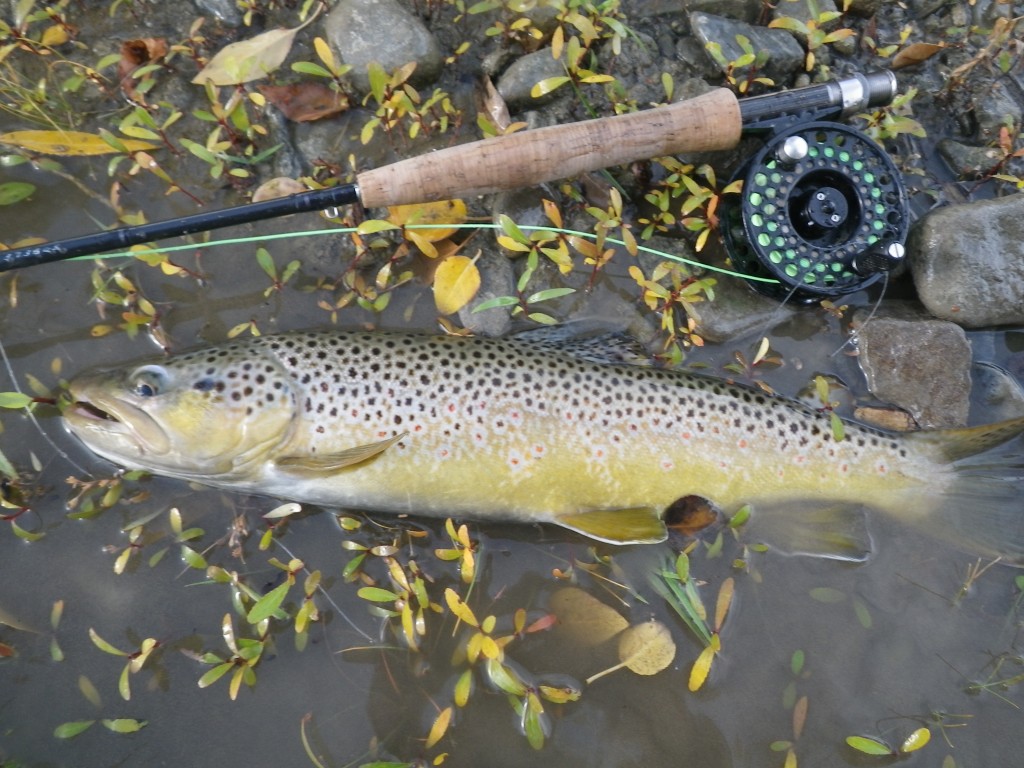 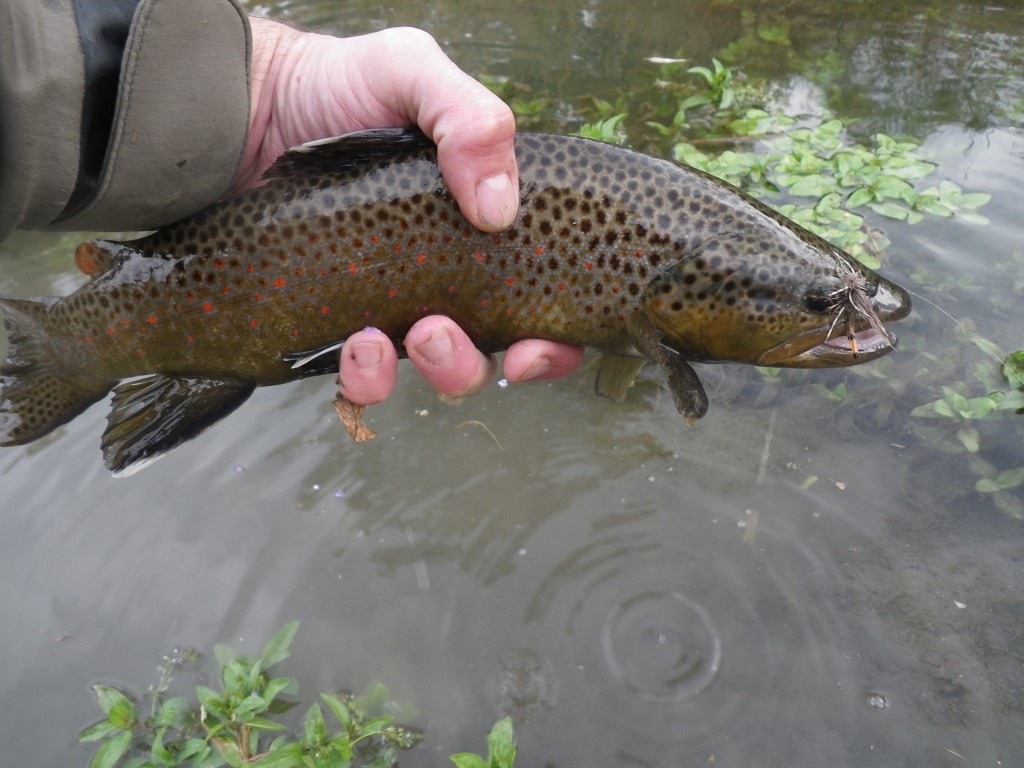 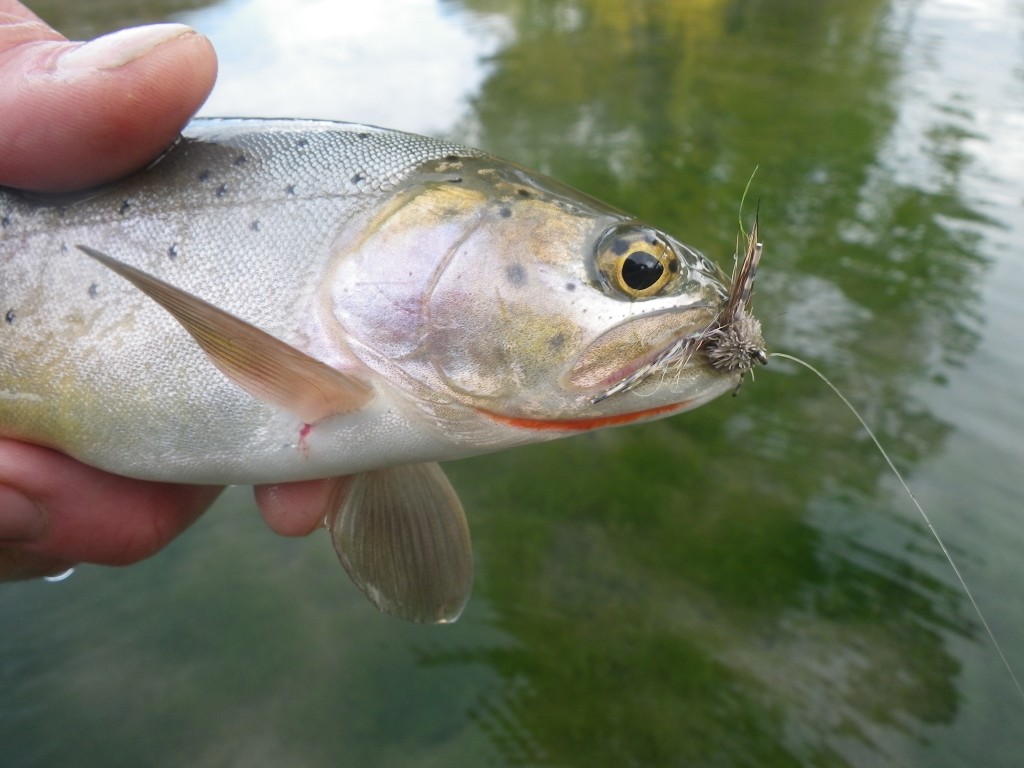 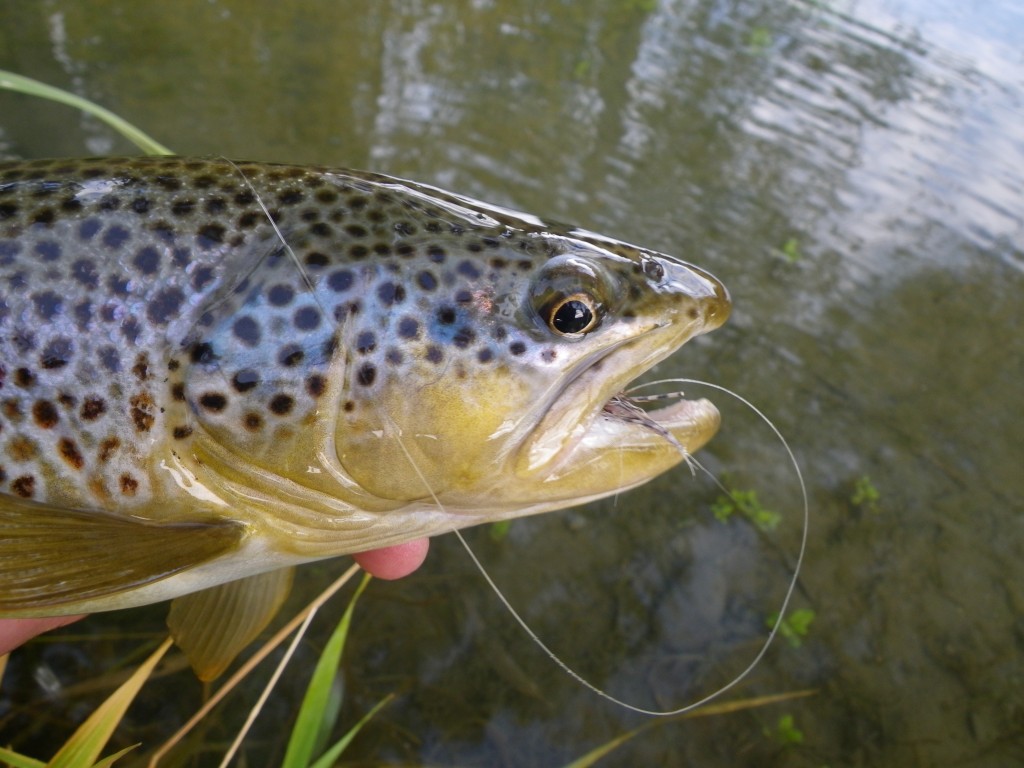 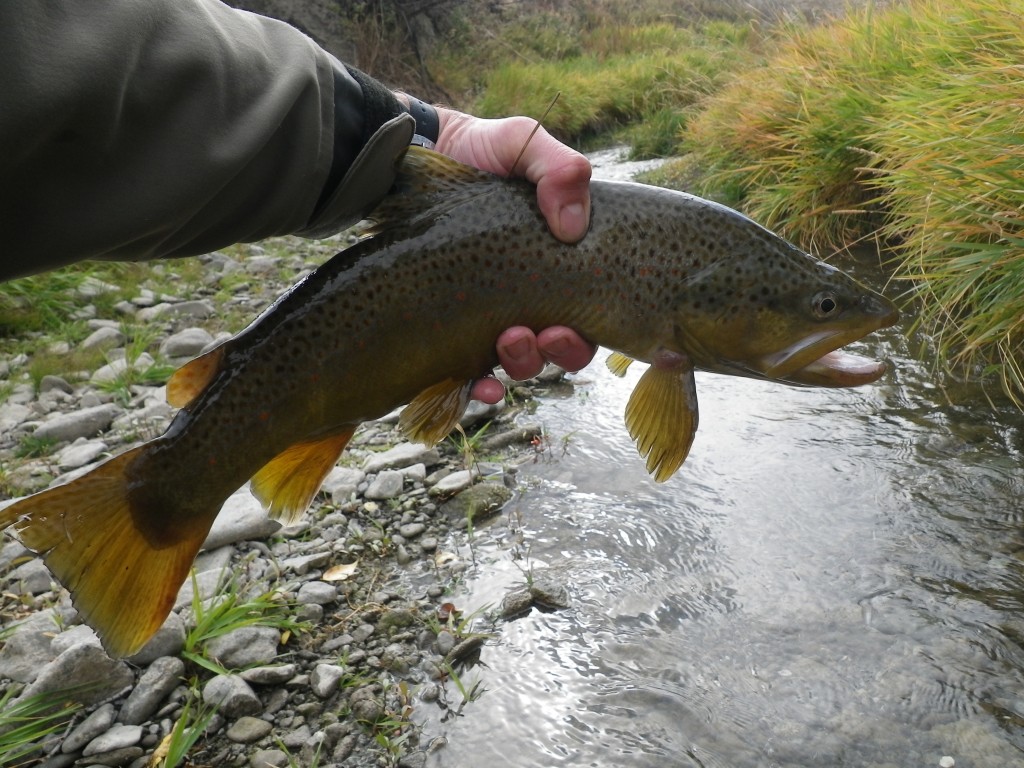